On Saturday, Tim and I left pressing time sheets and tax calculations behind for an afternoon hike at the Ashmore Heritage Preserve and Chandler Heritage Preserve, which are located along Persimmon Ridge Road near Jones Gap State Park. I first visited this area just a few weeks ago with friends and was eager for Tim to see it too. You might notice the photo below is similar to the one posted last week for Wordless Wednesday. 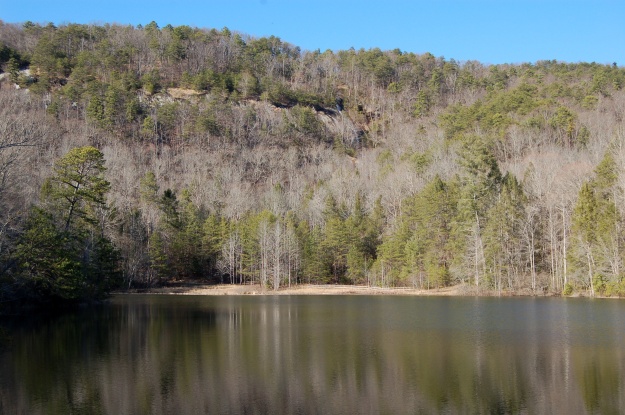 What you can’t see from this photo is the astonishing community of Sarracenia jonesii, commonly called mountain sweet pitcher plant, at the far side of the Preserve’s man-made pond, Lake Wattacoo.

Community of mountain sweet pitcher plant at the pond’s edge.

Standing 24 to 30-inches tall, the plant produces sweet nectar that attracts insects to its hollow, tubular leaf. Once inside, an insect is trapped by sticky, downward-pointing hairs. When the insect dies at the liquid-filled base of the trap, the plant absorbs nitrogen and other nutrients from its decomposed body. 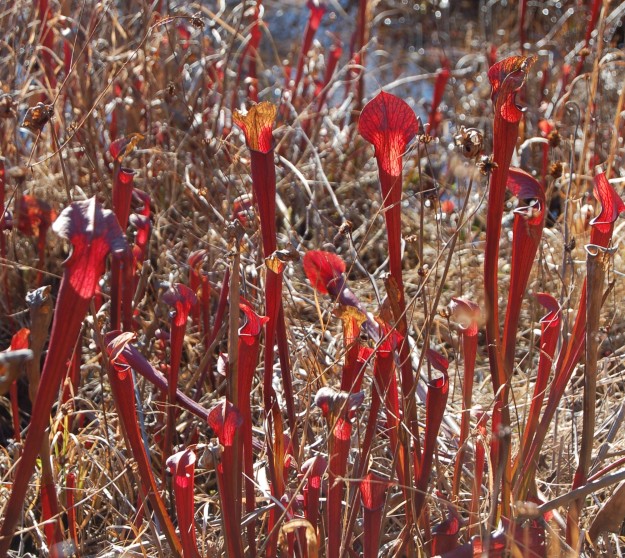 These highly modified leaves of Sarracenia jonesii, backlit by the afternoon sun, act as pitfall traps.

The plant is both rare and endemic to a small area. The Center for Plant Conservation notes it only grows in Greenville County in South Carolina and Henderson and Transylvania Counties in North Carolina, preferring mildly acidic, organically rich soils with a high percentage of loam, sand, or silt.

Further up, on the opposite side of the ridge, the Chandler Heritage Preserve features a half-mile trail that loops past a granite outcrop that provides a distant view of downtown Greenville and then follows the stream back to the road.

Several rare plant species can be found here too (grass-of-Parnassus, Indian paintbrush, and thousand-leaf groundsel) but we were thrilled to discover a much more common wildflower in bloom — the beautiful trout lily.

Pollinated by ants, it takes up to seven years for a trout lily to mature and produce a flower. The downward-facing lily is yellow, with three sepals (purplish backs) and three petals (all yellow) which reflex during the day and then close at night.

As you would expect in two such moisture rich habitats, we also saw a number mosses and lichens. The pic below shows two species of Cladonia, a genus of moss-like lichens, reindeer moss (C. rangiferina) and British soldiers (C. cristatella). 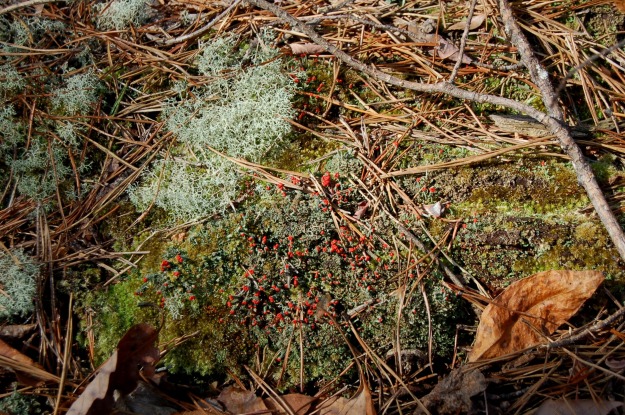 Reindeer moss, to the left, with British soldiers, center.

Have you been hiking lately?