A week ago, when I left home for a trip to Washington and Oregon to gather information for a 2017 garden tour, rain had finally returned to the Upstate, thank goodness.  Afternoon thunderstorms had popped up in our area in June and July, but my garden received no measurable precipitation for nine weeks.  Not even a sprinkle.  Temperatures, on the other hand, reached into the upper 90s almost every day.

The relief of those first rains continued throughout my absence (it was even drizzling when my plane landed just before midnight) and as I examined the garden on this first morning at home, I found tiny flower buds beginning to form on the dogwood trees (for next spring’s blooms) and a variety of mushrooms. 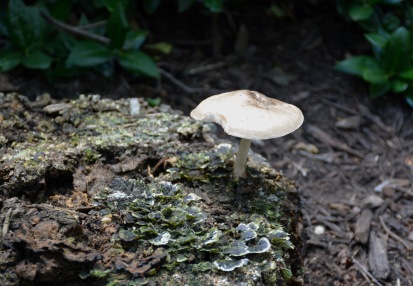 Somthing got a bite of this one!

An oyster-type mushroom growing near the back patio.

White button mushrooms under a trillium.

Tiny shrooms, no bigger than a lentil 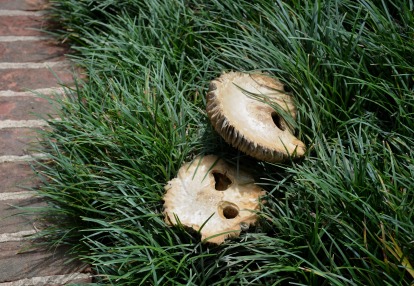 Toadstools with impressive gills growing in the mondo grass.

I know practically nothing about mushrooms, other than they are the fruiting bodies of fungi that break down organic material such as dead wood.  I enjoy eating the ones grown for culinary purposes, but don’t have the expertise to collect from the wild.  Nonetheless, they are a very welcome sign that our summer drought has abated, at least for now.

The recent wet weather has also given the cranefly orchid (Tipularia discolor) the courage to bloom, though the flower stalks I found are just half their usual height of 15 to 20 inches. 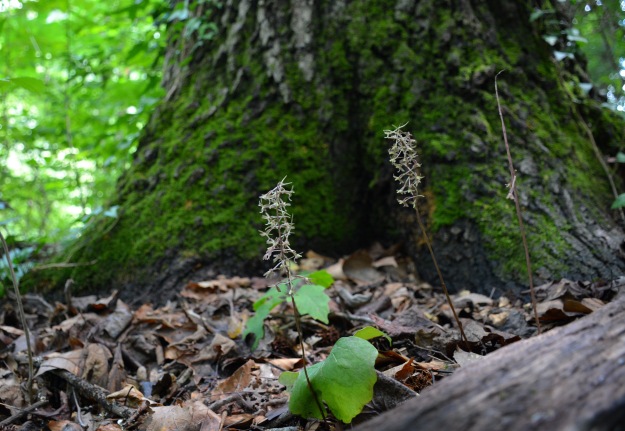 Common throughout the Southeastern US, this native terrestrial orchid is found in moist, humus-rich soils of deciduous forests.  Moths pollinate the plant.  Interestingly, a specialized structure that contains the flower’s pollen, called a pollinaria, hitches a ride on the moth’s eyes for transfer to another flower.

9 thoughts on “The Difference a Week Makes”