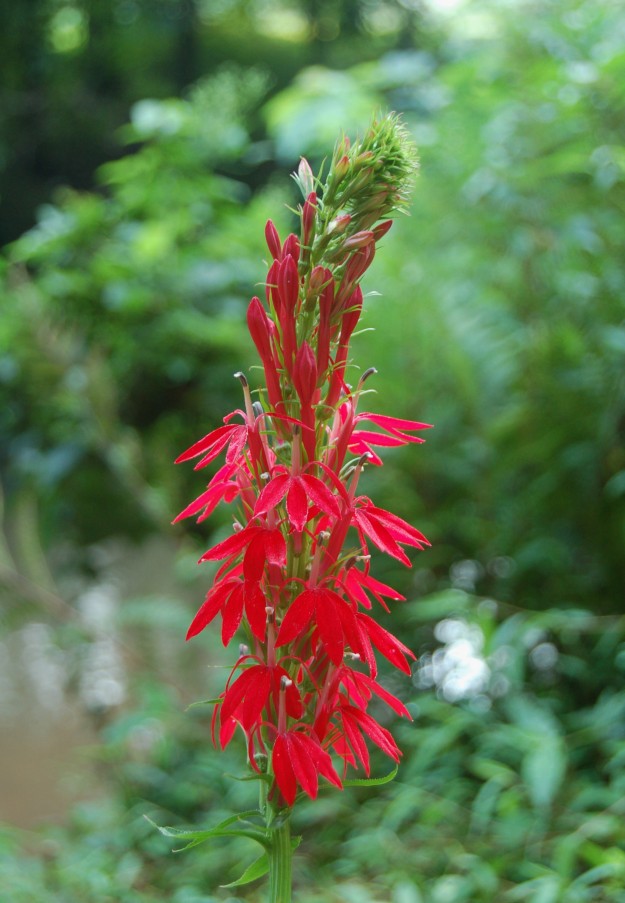 Cardinal flower (Lobelia cardinalis) basking in a pocket of sunshine near the Reedy River.

Today, I’m joining Helen of The Patient Gardener’s Weblog in an end-of-the month look at a small part of the garden. Though Helen makes a comprehensive check of her front garden each month, I’m providing a quick look at the garden terrace near the Reedy River; an area which has flooded several times this summer because of excessive rain.

For reference, here’s what the area looked like when the river overflowed both banks on August 8th. In this pic, taken from my home’s back deck, you can see that water has breached the bank upstream and is washing through the garden. The river also overflowed the far bank, flooding a large area to the north. The photo below shows a similar view today, with the river only slightly higher than normal for this time of year. 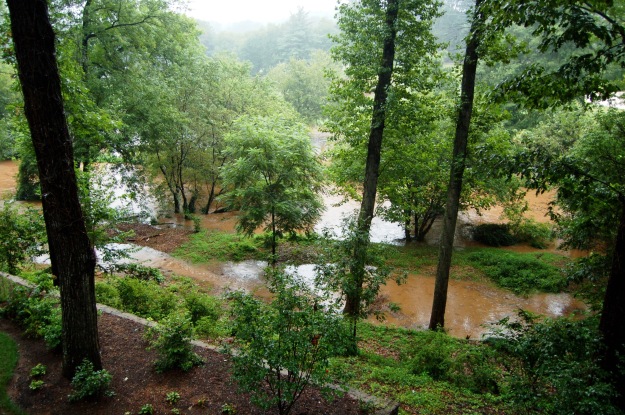 When standing next to the river looking east, its easy to see the outline of the slope from the area behind the house to the Reedy, as well as the rise of the bank. You can also see where the low morning sun breaks the canopy cover of the hardwood trees and where shade predominates. Taking fifteen or so steps forward and turning south shows the house above the upper retaining wall, with the area of Japanese knotweed infestation in the foreground. Each of the small red flags on the middle terrace mark a spot where mayapples or trilliums grow. 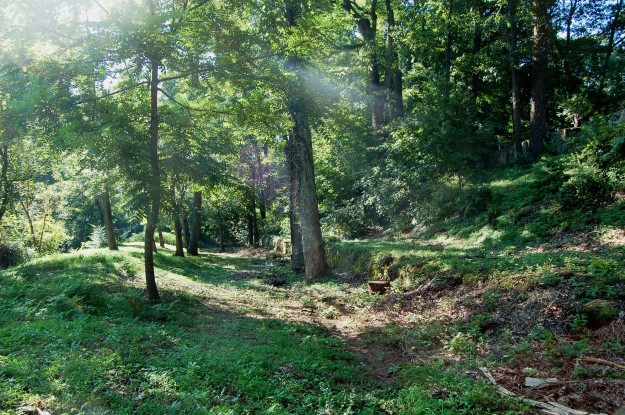 Seeds of the knotweed were brought in by previous floods, of course. It’s interesting, too, that the infestation occurs where the last bit of wash settles and also where there is sufficient sunlight. After three years, Tim and I have fingers crossed that we’re finally beginning to see a measure of success from the persistent cutting, digging, spraying, and solarizing. We know we will always need to be vigilant, however.

Since we’re still fighting the nasty invasive, little has been planted on the lower terrace. Three native dogwood trees, added this spring, are flourishing though.

With weeds kept in check, one plant that’s making an impressive comeback is a native fern. When a frond pops up, it quickly spreads to establish a colony. You can see the largest area here, but the fern is beginning to take hold in other spots too. 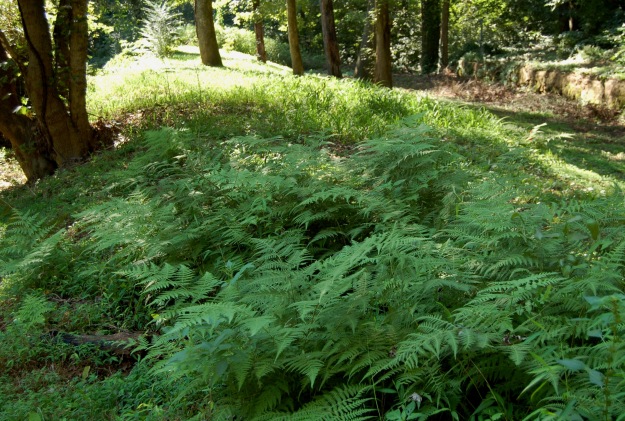 My upstream neighbor has a nice stand of autumn clematis and handful of cardinal flowers. With any luck, I’m hoping a few of these good seeds will make their way to our garden soon. 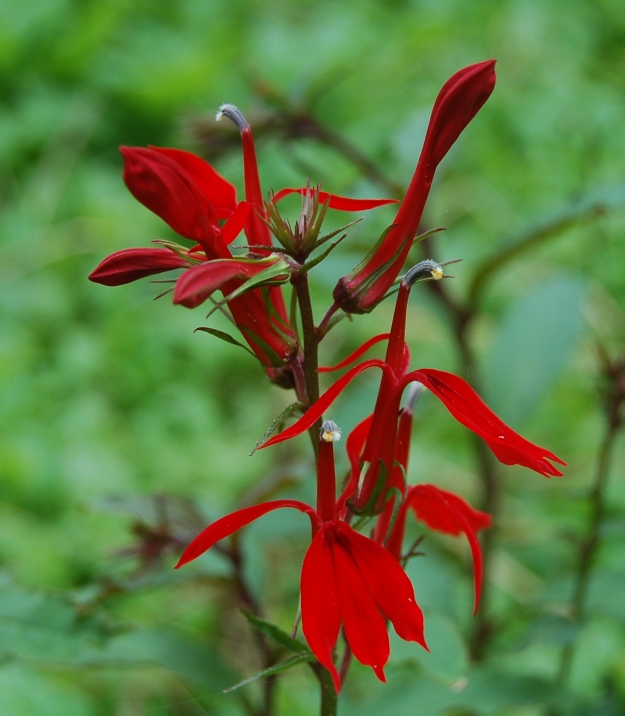 When we moved here in September 2010, you could barely see the river from the house. In addition to the Japanese knotweed, the woodland was a jungle of English ivy, Chinese privet, honeysuckle vines, and other non-native species and unwanted plants. Although it doesn’t look like we’ve done much, a good bit of effort has gone into clearing and battling foe. This winter, I’m planning to lay out pathways and begin a long-range planting scheme.